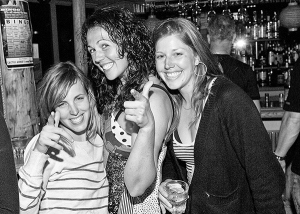 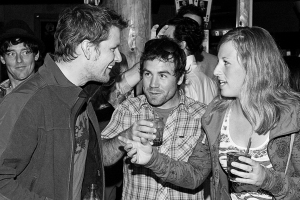 I talked to a person this week that has been asked to be the staff photographer at an upcoming event. With that, I thought I would revisit an article I wrote December 2014.

The Christmas season is here and that means photographers will happily begin filling memory cards with photographic opportunities as they join family, friends, and co-workers at this month’s festive events.

The act of picture taking has become easy and so much fun as people rush over to take a picture and then quickly show other partyers the images from the LCD. Some seem more interested in that quickly snapped candid than what is actually happening at the moment. For many, it is more about the activity of picture taking than it is about making memorable photographs of the party.

Images made in this fashion rarely become more than stored files on computers and cell phones. People have good intentions, but after that initial viewing, most photos loose value because there are too many, and very few are good enough to give to others anyway.

What is my advice for photography at the next Christmas party? Yes, continue to make candid photographs of people having fun, but, perhaps, think about making pictures that tell a story, capture an exciting moment, and importantly, flatter the subjects. Most people don’t mind seeing a picture of them being silly or having fun, but they don’t like pictures that make them look stupid or unattractive.

My approach is to take a moment to look at the room in which I intend to make photographs, make a couple of test shots using longer shutter speeds (my favourite is 1/60th of a second), to include the room’s ambient light. And I always use a flash so as not to end up with brightly lit faces surrounded by a black environment.

I suggest taking group shots with two or three people. Get them to position themselves squeezed together with a tight composition, and include only a little background or foreground. Don’t shoot fast. Steady the camera. Select a shutter speed that includes the ambient light. Use a flash. Fortunately most modern DSLRs easily allow ISO sensitivity that can be set to 1600, and some can go a lot higher.

Shutter speeds of 1/60th of a second, or less, doesn’t always work for children (or adults) playing in the snow during the day because moving subjects will be blurry, but, with limited indoor lighting, moving subjects will only be properly illuminated when the flash goes off.

Lighting everything with complicated studio equipment would be great, but that would ruin the party for everyone. The occasion would become more about the photography and less about the fun and festivities. I use a hotshoe mounted flash and make adjustments as I go. I want to join in on the fun, blend in, and not act like a photojournalist.

Family and friends don’t mind having their pictures taken as long as it’s enjoyable and I want pictures that show them having a good time. So, along with those quick candids I make posed portraits with smiling faces, and if I select some pictures to give away later I want people to like and not be embarrassed by the pictures taken of them.

One response to “Photography at the Christmas Party   ”