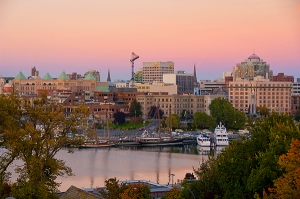 After a discussion with a fellow who told me he has become bored with photography I thought I’d revisit the following from an earlier post.

I once asked “Why do photography” to members of an online forum and received some unremarkable responses like, “because I can” and “because I have a camera”.  Well, I suppose it is all about the camera to lots of people. However, there were two responses that I really liked, the first from someone called Soenda who eloquently wrote,

“ Because taking pictures has helped me see better. Before, I was less aware or the way light strikes leaves. I didn’t notice the symmetry of birds on a wire. Sunsets were masses of agreeable colour; now they are gold, pink, lavender and blue”.

The second from someone named Laura who philosophically said,

“Because when I look at my life, I cannot say I have done nothing. The proof exists that I have seen at least a wee bit of the world. I take pictures because it is artistic expression, and I think when we repress our artistic nature, we do ourselves no good, no good at all. I take pictures because it is fun. I can spend the entire day taking pictures, and it could not be a day better spent…”

For me, photography changes. There are times when I just want to play and am interested in nothing more than experimenting, my goal just seeing how something works.   I enjoy photographing my friends, family and pets. Pictures that have meaning only to me, but might never go anywhere other than on my computer’s screen saver.  And of course, until I retired, photography was the way I earned my living.

There are those times when I try to visually create an image that says something to others about how I see and feel about something. I can’t really say that the medium of photography is a passion for me, but I am enthusiastic. It’s just something I think about a lot and do.

Many use photography as a way to express themselves artistically, of which I heartily agree. Expressing oneself through photography is easy, as it doesn’t require the trapping of other mediums like painting or sculpture, and merely requires a camera.

Photography, for those who first wanted to make photographs, became accessible during the 1800s. The first surviving image made by Jacques Daguerre was of some artistically arranged plaster casts resting on a window ledge in 1837, and a short 20 years later photographers were wandering the North American wilderness and newly constructed cities creating photographs with the same intensity, all though not in the same numbers, as we are today.

Why take pictures? For some it is to document history, we know about the civil war in the 1860s through the photographs of Mathew Brady and the Vietnam War in the 1970s by David Kennerly.   Timothy O’Sullivan, William Henry Jackson, Ansel Adams, Elliott Porter, Imogene Cunningham, Bret Weston and others gave us their visual opinions of an early American landscapes.

There were those like Dorothea Lang and Walker Evens that during the great depression of the 1930s told us about the human condition. While Photographers Arnold Newman, Richard Avedon and Canadian Yousuf Karsh, celebrated the beauty of the human expression”  paving the way for modern portrait photographers.

For some the question “Why do photography?” may be very philosophical and for others practical. Soenda commented, “ Because taking pictures has helped me see better.” And Laura wrote, “I take pictures because, when I look at my life, I cannot say I have done nothing.”

I wonder what readers would answer. 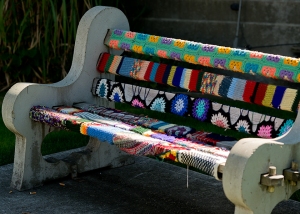 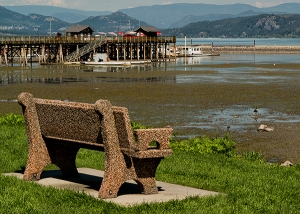 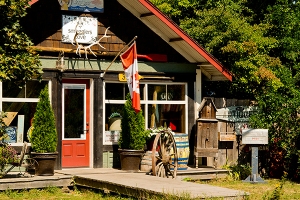 My wife, Linda, has been wanting to really put her new 135mm lens to the test.   Even though the 135mm focal length is normally used for portraitures, she wanted to give it a roadside work out and suggested we take a short drive. We decided a morning drive along the meandering South Thompson River ending in Salmon Arm, just short of an hour away, for coffee and some photographs.

The British Columbia city of Salmon Arm with it’s unique, picturesque downtown and what residents claim to be the longest, curved wooden wharf in North America is located on the Shuswap Lake, midway between Calgary and Vancouver on the Trans-Canada Highway. The lakeside city also became infamous in August of 1982 when then Canadian Premier Pierre Trudeau raised his middle finger at protesters from his seat inside a private rail car.

When I’m not making portraits I prefer zoom lenses. Using a multi-focal length lens when photographing buildings and other features that one finds along a busy city street makes photography easy to do because it’s simple to crop out people, cars and other unwanted elements. Nevertheless, Linda wanted to use her 135mm and I decided to follow suit and brought my 105mm.

We wandered the downtown photographing anything that caught our attention. It was Sunday and most shops were closed and the streets, other than a couple of people walking to the grocery store or, like us, driving to Tim Horton’s for coffee, were almost empty.

It was a perfect day to walk around, and there was plenty of room to step backwards on to the street or move around in front of shops with our prime lenses. We spent a leisurely hour or so just taking pictures in town before driving to the lakeside park to sit in the shade, take in the view, and talk about our pictures.

My preference would have been to use my 24-86mm and although Linda really liked the 135mm, she wished I had brought along her 70-300mm. However, we both thought using the long prime lenses was a good exercise. Placing a subject and composing the final image took longer than just zooming the lens length forwards or back. Our fixed focal length lenses required that we had to physically move about to get the image we desired. There was also a change in perspective because of the mid-range of our lenses.

I have been trying to think of some words that would sum up our experience. Maybe American documentary photographer and author, Elliott Erwitt, got the closest to what I was experiencing when he wrote, “To me, photography is an art of observation. It’s about finding something interesting in an ordinary place… I’ve found it has little to do with the things you see and everything to do with the way you see them.” Perhaps our exercise wasn’t so much, “an art of observation” as it was an “act of observation”.

I enjoy pretty much everything when it comes to photography. I am happiest when I get to talk about it, read about it, and look at other photographer’s work, and of course, any occasion where I get to point my camera at a subject.

Famous and influential photographer Edward Weston once wrote, “Photography suits the temper of this age – of active bodies and minds. It is a perfect medium for one whose mind is teeming with ideas, imagery, for a prolific worker who would be slowed down by painting or sculpting, for one who sees quickly and acts decisively, accurately.”

Weston most likely said sometime in the 1950s, but it aptly describes many of those taking pictures with all kinds of cameras in the 21st century. Yes, it is the, “perfect medium for one whose mind is teeming with ideas…”

As I looked at several images (several were from iPhones) that were proudly posted online I thought how those words fit many modern photographers. However, there I was looking at many pictures that, although quite creative and colourful, lacked the basic compositional guidelines I was taught              (I suspect Weston learned also) and are still being taught in almost any class on photography.

Photographic composition is the selection and arrangement of the subject within the picture area. However, what I saw seemed in many cases to be hastily captured images with little regard to the importance of any centre of interest that might help viewers identify what the photographer is trying to communicate.

Maybe it is the conditioning we get by clumsily pointing our cell phones at a subject, or the thoughtless reliance on a camera’s auto focusing device to select whatever is in the middle of the viewfinder for proper focus.

There is a compositional guideline called, “the rule of thirds”. This so-called rule is a simple principal that divides an image into thirds, horizontally and vertically, and tells us to position the most important elements in our scene along these lines, or at the points where they intersect, and by doing so, adding balance and interest to one’s picture.

I subscribe to four components when I create a picture:

There will be those photographers that in the interest of their own creative freedom will disregard anything that they believe will restrict their photographic independence and innovation or what they think might apply limits to their imagination.

I wouldn’t agree with that. I don’t think this is an argument of vision.

If our goal as photographers is to create an image that withstands the test of time and communicating a personal vision, then one must learn the        basics of composition in the same way as one would learn the basics of exposure, or how to make the camera actually work whether it’s a DSLR, or a feature of a cell phone.