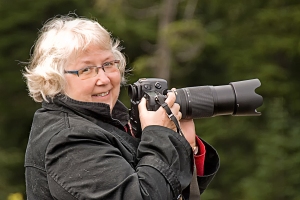 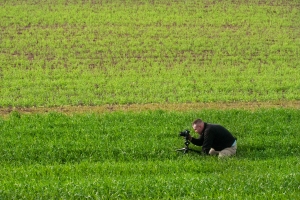 I recently received an email from a friend that included a fun article titled, “54 Reasons Why You Should Be a Photographer.”

The author, Lauren Lim, began with, “Being a photographer is seriously awesome.” And continues, “I’ve compiled 54 really fantastic (reasons)…After you read all these reasons you’ll probably be even more inspired by this medium, and be itching to get out and shoot more.”     Reading that introduction intrigued me and, of course, I agreed with him when he wrote, “I think everyone should get into photography. You don’t ever have to do it professionally. That’s not what being a photographer means. Being a photographer just means you really love photography.”

The list of “54 reasons why you should be a photographer” didn’t really include 54 different reasons; it was pretty much made up of the same reason written over and over in different ways. However, I did select seven that I really liked and I think they are prefect as to why anyone should practice the art of photography.

1. “Capture a memory that you can have forever.”

The exciting medium of photography began with inventors like Joseph Nicephore Niepce, when he succeeded in creating the first permanent image. Louis Daguerre with the “Daguerreotype” and Henry Fox Talbot’s “Calotype” that were instrumental in helping us with the first of that list, ““Capture a memory that you can have forever.”

There were the pioneers of photography like Ansel Adams, Galen Rowell and Eliot Porter that showed use how a photograph would help us, “See the beauty everyday.”

Jerry Uelsman, Duane Michals, Edward Seichen and Man Ray were among the first to split with traditional photographers and might even have said, “It’s a creative outlet.”

When I read the words, “Express yourself.” I immediately thought of the photography of Robert Mapplethorpe and Annie Leibovitz.

The last two about how photography can, “Tell a story.” and “Can make other people think.” Absolutely had me thinking about the wartime photography of Robert Mapplethorpe and Annie Leibovitz. and street photographer, Weegee.

I only mentioned those photographers that had a hand in the beginnings of photography and started us all thinking of the things we all might add to that list. And I am sure without hesitation readers can add pages of modern photographer’s names.

If you feel the urge, be sure to let me know if you have additions to “Why you should be a photographer”. 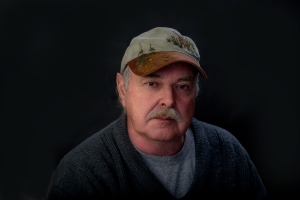 Almost exactly a year ago I wrote an article titled, “Some Thoughts on Portrait Photography” and included a quote by Peter Brunnell the author of, “Creative Camera International 1977”.  Brunnell wrote, “There is no single form or style of portraiture. Portraiture means individualism and as such means diversity, self-expression, private point of view. The most successful images seem to be those which exist on several planes at once and which reflect the fantasy and understanding of many.”

I remembered that blog post and decided to revisit it after having a discussion with friend and fellow photographer, Michael Beach this week about creative portraiture. We talked about several aspects of photographing people, but I think the topic we kept returning to was a about making portraits that had a different look and feel than other photographers in the town we both lived in.

In last February’s article I referred to my college photography instructor’s contention that we should always follow rules for portraiture. I won’t go into those at this time. I’ll just say they weren’t very imaginative and left little room for innovation or experimentation for that matter.

My argument with his lectures on portraiture, are that great portrait photographers like Irving Penn, Arnold Newman, Bert Stern, Yousuf Karsh, Richard Avedon, Eve Arnold, and Annie Leibovitz, to name a few that I like, were anything but rule followers, and what marked their work, as Brunnell wrote was, “individualism .…..self-expression, (and a) private point of view.”  I did then, and still do think, that’s a lot for us mere-mortal photographers as we struggle to make our portraits something more than mere documentaries.

When I approach portraiture I try to create portraits that are, well, creative. Sometimes everything works and sometimes it doesn’t.  However, I always strive for something different, maybe even unique, in each.

Of course, one must be aware of how our subject sees themselves and the circumstances and conditions under which the portrait is made. Using a word coined by Minor White, I think most successful portrait photographers “previsualze” the final portrait.

White, co-founder with Ansel Adams and Dorothea Lang of the influential photography magazine, Aperture, has been hailed as one of America’s greatest photographers. And regarding previsualization, Ansel Adams defined it as, “The ability to anticipate a finished image before making the exposure.”

I’ll ad another quote by Minor White that fits here and might be a good thought for a photographer about to pick up that camera to make a portrait, “One should not only photograph things for what they are but for what else they are.”

Sometimes it’s the expression on a subject’s face that makes the image. And to get that expression the photographer and subject may need to experiment with different moods and emotions.  Portraitists spend much time putting people at ease and making them comfortable in front of a camera. I think it’s all about gaining a person’s trust that we are going to help them look the best they can.

The Internet is packed with “How to” advice on portraiture photography. Some of it is worth thinking about and some is bewildering. Those serious about bettering his or her portrait photography will select what works best and is the most comfortable.

A year ago I summed up with the following that worked for me then as it does now,

Everything comes down to one’s personal definition of what a portrait is. According to Wikipedia, “it is a picture of a person, a description. It can be a photograph, a sketch, a sculpture, but a portrait is so much more than that. It is collaboration between the subject and in this case the photographer.”  Collaboration is the key word for me in that description, and in my experience those portraits I have made that I think are the most successful, is because the person who was in front of the camera was willing to work, or collaborate, with me towards the final image.

I always look forward to any comments. Thanks, John 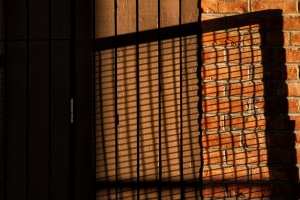 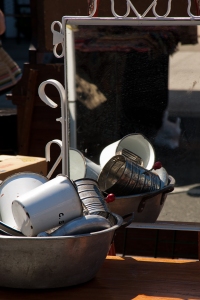 In the Art classes that I took in college we would gather all sorts of interesting items to create what the instructor called “a still-life”, each week we would build a new still life to help us learn how to draw shapes, shadows, and reflections. We would compile a menagerie of odd shaped objects in some corner of the drawing studio and then place lights from different directions to produce interesting and unique shadows.

I enjoyed the art classes with all the creative mediums and imaginative people, but when one of my teachers suggested I try photography everything changed. Photography with it’s almost magical processes both behind the camera, and in darkrooms with their chemical filled trays, reached out and grabbed me and there was no going back.

Those original photography classes included a few sessions with live models, and sometimes mannequins, but I missed those long classroom discussions and the quiet periods of contemplation that accompanied those simple arrangements of objects in those art classes.

I wanted my photography to be something more than just a record of the world around me. Looking to do something other than scenics or portraiture, I decided it would be fun to join classmates that were into street photography. They wandered urban areas, pointing their cameras at scenes that included unsuspecting people in their hectic environments to create engaging images that suggested different stories to each person that viewed their pictures.  I enjoyed their compositions comprised of light, shadow, architectural features and, of course, those unsuspecting people.

I tagged along with them because I liked hanging out with photographers, enjoyed walking, and discovering the city, but always ended up either making posed pictures or excluding people all together in favor of some lamppost, architectural feature, or drawing on a wall. More often than not I’d wander off from the others to explore some alley or stairwell, searching for some more intimate features that were always part of, instead of the complete scene.

I did then, and still do, include people in some of my cityscapes. I like looking at the street photography of modern photographers, but the people in my “street” images are really nothing more than additional elements that fill a space that could as easily be occupied by any other object. I suppose my interest in still-life changed from drawing to photographing one.

I admit to photographing almost everything. I am pretty indiscriminant when it comes to the subjects I point my camera at, and without hesitation will photograph as creatively as I can, what ever moves me at the time.

And I like to think I adhere to the words of famous documentary photographer Elliot Erwitt who said, “To me, photography is an art of observation. It’s about finding something interesting in an ordinary place… I’ve found it has little to do with the things you see and everything to do with the way you see them.”

My process, while wandering in search of still-lifes, is to never be on any direct course as I forage for another still life and my photographs rarely show the whole. I photograph those parts that catch my attention; the still-life might include an interesting door, railing, or even window frame as I review and how the light touches them.

Drawing a still-life in those classes was much easier than hunting one with a camera. After all a photographer is forced to problem solve those found objects. I suppose one could move things around, but that’s kind of cheating. I like the search and the discovery and the process of thinking through how to make the original image. Sure, there is a lot one can do in post, and that’s just fine with me, but photographers still have to find the raw elements to begin with.