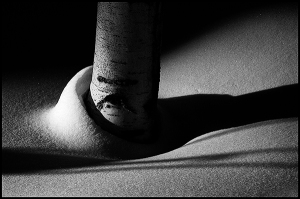 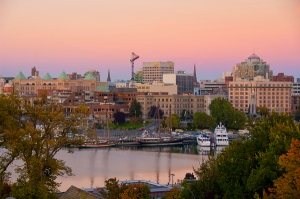 This past week I got into a discussion with two local photographers about photography as Art. Their opinion was that photography has become mostly a point-and-shoot process that is really all about documenting one’s personal life.

I think defining Art has always been “in the eye of the beholder”.

I remember a friend chastising me when I was too critical of a photographer’s image, by saying that all to familiar phrase, “I may not know about Art, but I do know what I like.”

Ansel Adams, in the forward to his popular 1950’s book “The Print” said, “Photography, in the final analysis, can be reduced to a few simple principles…” and he continued, “Photography is more than a medium for factual communication of ideas. It is a creative art…technique is justified only so far as it will simplify and clarify the statement of the photographer’s concept.”

I remember the series of books by Adams when photography was about striving for the perfect negative and a good final print.

We don’t need to worry about a perfect negative any more, because even if the image file produced in-camera isn’t satisfactory it’s easily colour balanced, cropped, and sharpened later. Contrast can be changed and increasingly, the trend for many photographers has become to not make large prints at all.

That said, I still think that Adams’ forward in “The Print” may be as worthwhile now as it was in 1950 for a photographer’s Art. Even with the changes of how an image is managed and finally used (whether print or electronic) the thought process is still important. Adams wrote about the technique of taking the picture, the negative, and the printing procedure. He might as well have been talking about transferring image data from a camera to computer, optimizing the files, and outputting to an online portfolio.

Adams wrote, “We may draw an analogy with music: The composer entertains a musical idea. He sets it down in conventional musical notation. When he performs it, he may, although respecting the score, inject personal expressive interpretations on the basic patterns of the notes. So it is in expressive photography: The concept of the photograph precedes the operation of the camera. Exposure and development of the negative…” He continues by saying, “the print itself is somewhat of an interpretation, a performance of the photographic idea.”

I have always liked that final sentence of his “…the print (image file?) itself is somewhat of an interpretation, a performance of the photographic idea.”   Those words remind me not to be as critical of other photographers work, if as Adams put it, “Photography is more than a medium for factual communication of ideas.”

I think what my friend meant when he said, ““I may not know Art, but I do know what I like.”   Was that I should be paying attention to what a photographer might be saying with his or her image and remind myself to think about “interpretation” and the “performance of the photographic idea.”

That is why its good that I still have that somewhat out-dated book, and why I should regularly open it up. After all the prattle about the newest camera, or lens, or computer programs, I need to be brought back to what, in the end, photography is about for me personally.