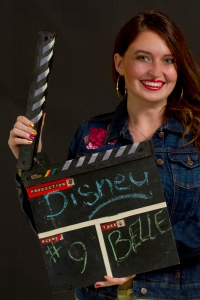 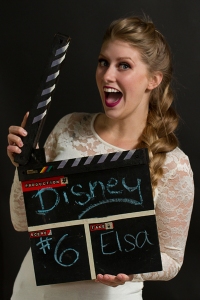 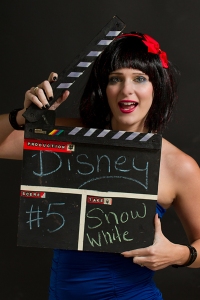 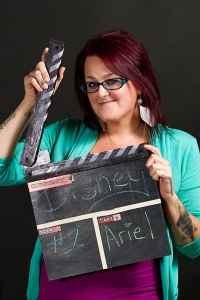 A couple of weeks ago Jo stopped by to tell me she and 8 friends wanted to do a “Disney Princess” shoot. She came up with that creative idea and posted a call for women that wanted to do modern interpretations of those cartoon characters from the Disney movies.

Her question to me was, “can I do this out-of-doors and still create flattering studio kind of light portraits?”

Absolutely! was my reply. Sure one could go through the expense and trouble of renting a studio, but it’s pretty easy to duplicate the indoor studio type lighting out-of-doors.

Gosh, the movie people have been doing it for years. I jumped at the chance to show Jo how easily it is.

We hadn’t had rain for almost a month so I decided to create an outdoor studio in the meadow on the south side of my home. The “princesses” would be showing up just after noon so I chose a location to set up the backdrop that had shade from several tall fir trees. I also planned to put up a canvas gazebo with a table for the makeup artist to work.

Actually, those aren’t the words I used as I looked out my bedroom window at the rain the morning of the event. The local weather reporter had suggested there might be some spotty rain in our area, but the pounding deluge outside my window wasn’t what I expected.

However, because of the possibility of rain Jo and I had set up one of my backdrops under my canvas carport the night before.

I got a “good morning I’ll be right over” text from Jo as I sloshed out to set up the lights under the carport. The rain was a hindrance that dampened the yard (and I am sure the spirits of the soon to be princesses) but “Light is Light” and all I had to do was balance my off camera lighting.

The larger backdrop we had set up was for blocking the wind, rain and what limited daylight there was. We then erected a black paper background and I used two lights mounted on stands with umbrellas to model our subjects.

I am sure there are those that would have just upped their camera’s ISO and hoped for the best on that dismal flat day. But I like the modeling, depth and control over a subject’s features a flash adds. Heck, we might as well have been in a dimly lighted room. The ambient light was that good for adding flash.

When Jo’s subjects arrived they turned my house into a makeup and change room. There were costumes and clothing everywhere. I just stayed out of everyone’s way and concerned myself with the outdoor studio except for an occasional quick trip to my kitchen for another coffee.

The rain lightened a bit, but never really stopped all that much. Nevertheless, those excited Princesses were all about creating a modern day reality or personal version of the Disney character they were supposed to be. There was a lot of laughter and running back and forth along the bushy wet path from the carport to the house.

He continues to say, ” What I hear is, I’m scared of using light so I’m going to do this instead. Well, for me lighting was a way to start to create interesting pictures in a way that I could do it.”

I will add that I have, personally, always felt that photography is a series of problems to be solved, and rain or shine it’s really the goal of flattering portraiture.

I think that many people viewing the pictures Jo took outside on that rainy day will, unless told, think that the portraits were made inside a well-equipped indoor studio. I guess it doesn’t really matter where they posted for their Disney Princess portraits, only that they are good.

In all the commotion I forgot to begin the day with the words of legendary 1920s filmmaker, D.W. Griffith as Jo pointed her camera on that rainy day, “Lights camera action”.

2 responses to “An outdoor studio for photography     ”