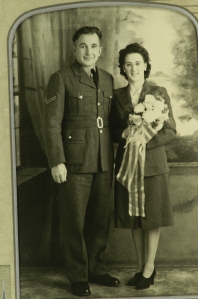 Using the wrong tool usually leads to unacceptable results in one way or another, for example, when a butter knife is substituted for a screwdriver.  That was what came to mind when I was asked if I could make quality copies of old photographs that a family wanted to use for a book of genealogy they planned on publishing. They required image files with enough quality for good enlargements, and usable for the intended family book.

They began by trying to copy several images using home scanners that worked great for documents, but only produced pictures that lacked detail. I suspect many of those originals photos were a bit over or under exposed in the beginning.  Some family members tried copying the old photographs with their little digicams, however, that resulted in bright white reflection spots from the flash that obscured features in their family photos. They decided to shoot from the side hoping to reduce the glare, but only got unusable foreshortened pictures; by that I mean the closest frame edge was large and distorted and the far frame edge was small.

They told me that even though their photographs had a bit better detail the results were still unacceptable.  That is what I mean by using the wrong tool. A camera with an on-camera flash will produce glare on reflective surfaces, and angled shots don’t make for good documentation of flat artwork because things close to the camera lens appear larger and those farther away become smaller, and while inexpensive document scanners are great for documents they rarely produce quality reproductions of photographs.  The result was they were having trouble all around.

The right tool for them would have been a camera attached to off-camera flashes, with the flashes set off side from the painting at a 45-degree angle. When I copy photographs I use two umbrellas to diffuse the flash, but one could get reasonable results by placing some translucent material in front of, or bouncing, the light from the flashes off large white cards.  In any case, the light needs to softly and broadly, not sharply, expose the old photograph’s surface.  The wonder of digital technology is how quickly one can review the image and retake the photo if needed. I also recommend taking several shots at different apertures.  For that, the right tool is a camera that one is able set to manual exposure.

When photographing oil paintings or other uneven reflective surfaces I prefer working with slightly under exposed image files.  That way I can bring the detail up using PhotoShop without loosing the highlights.

If the next question is, “What kind of camera?” my answer will be that it depends on what is the desired outcome.  If it is for, as in this case, faded old photographic prints for reproduction in a book, the image file needs to be large and for that I prefer a DSLR (digital single lens reflex) camera, but for a small newspaper, or website image, a digicam that will accept an off-camera flash will do just fine.

If there isn’t access to an off-camera flash then wait for the opportunity to place the painting in “flat” daylight.  Today, as I write, I see out my window that it is cloudy and overcast, perfect for even, flat lighting. One could place the picture on any support that will allow tilting right, left, up, and down. Then as exposures are made and checked, the picture can be moved around until there is no reflection.

Two umbrellas allow me to balance the light. I lay the photographs flat and mount my camera on a copy stand that I have had for years, and use a small level to make sure the camera lens and the photographs are parallel. Then I make a test shot to check the exposure for reflection. My first and then finished image of one photo is posted ate the beginning of this article.

The final step for me is PhotoShop, which I use to color balance, then for cropping, contrast, and sharpening. I could purchase an expensive scanner, but I already have lots invested in a camera, and lenses that work perfectly well, and which I think may be faster to use.

I do appreciate your comments. Thanks, John

2 responses to “Use the Right Tool to Copy Old Photos”