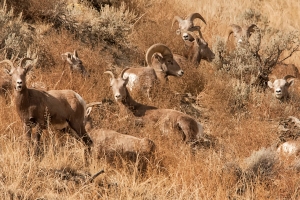 Last week I wrote that I had a great time doing photography as I toured Victoria’s waterfront, and said that along with photographing a different environment I met interesting people, and even spent time with other photographers.

One of my goals for that Victoria excursion was to meet and spend time with the well-known painter, photographer, and documentary filmmaker, Karl Spreitz. His interesting career included working as a news photographer in Prince George, BC, for CTV television, for the BC Department of Travel and Industry, and as staff photographer/editor for Beautiful BC magazine.

Spreitz, now in his eighties, is a fountain of knowledge about film and photography and has been acquainted with most of the important west coast Canadian and American photographers for the past 50 years, and I was delighted to be able to spend the afternoon talking to him about photography and listening to his stories.

I like being a photographer. I also enjoy socializing with other photographers and spending time with a long time photographer like Spreitz is a rare opportunity I will always take if given the chance.

After I returned home from Victoria I was provided the opportunity to go out with my friend Walter to photograph bighorn sheep. We sat on a windy, sagebrush-covered hill overlooking Kamloops Lake. They should have been in rut at this time of year and we hoped to get shots of their violent head butting, but as it was most were bedded down or lazily wandering through the sagebrush.

As I sat I thought about Spreitz making fun of us that live in the BC interior. He said when the magazine needed pictures from the region I live in they would just look for any old picture of sagebrush and bighorn sheep and run with that. At the time I knew he was teasing me, I laughed then and again to myself on that windy hilltop, thinking that was exactly what I was viewing.

Our strategy was to let the sheep get used to us. We sat and waited for something to happen. Once the sheep got comfortable with our presence, we slowly moved in for closer and better pictures.

Both Walter and I had our long telephoto Sigma lenses. Walter’s is a 120-400mm and mine a 150-500mm. For this type of photography we preferred multi-focal (zoom) lenses. The sheep sometimes got pretty close and a fixed focal length lens would have been limiting.

I know I am always recommending tripods, but on that occasion with all the steep climbing and odd angles, tripods made photography awkward, so we had to hand hold those big lenses. The acceptable technique is to follow the old photographer’s rule; “Always use a shutter speed equal to or more than the focal length of the lens.”   I make multiple exposures, expect a few soft images and hope for the best.  However, on that occasion there wasn’t any real action from those lazy bighorn sheep and it was easy to get usable, shake-free exposures. I suppose the challenge was to get images that were interesting.  I don’t know about Walter, but for me that meant climbing around to get lots of different angles, and for that occasion I even ended up taking several pictures of an oncoming train in the colourful Kamloops fall landscape.

Finally, we were overcome when the wind became so strong that it became hard to stand (or sit for that matter) without moving, so we headed home. We had been in the hills most of the day and even though our memory cards weren’t loaded with exciting pictures we agreed that the day had been fun anyway.

How much better can it get? Two consecutive weekends filled with fun photography in very different places, and, in my opinion, both spent with, interesting photographer companions.

I appreciate your comments.