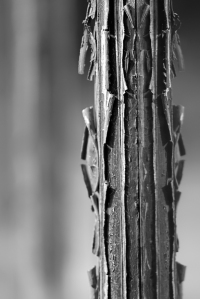 I have recently been talking with many photographers that are very interested in the process of black and white film photography. Most had their introduction to photography in high school using film and although they moved forward to iPhones and digital cameras, they were pulled back to film by memories of the unique “hands-on” experience they had with film.

With all that interest I thought I would revisit an article I wrote in June 2014,  “What I Learned About Photography by Shooting with Black /White Film”.

I began using black and white film because it was cheap and it’s what we used in my first college photography class. After I began to understand the medium as being creative instead of just a way to records things, I grew to like B&W and for years refused to shoot with anything else.

With film, once the camera’s shutter was released what one got was, well, what one got was-what-one-got. There were no second chances as enjoyed today. Photographers were left with only a memory of that moment until the film was printed.

We used a term called “Previsualization”. Previsualization is attributed to photographer and educator Minor White. While studying their subject a photographer predetermines how the final image would be processed and printed. Ansel Adam referred to that as “the ability to anticipate a finished image before making the exposure”.

There was also the Zone System. American photographers Fred Archer and Ansel Adams collaborated on the technique for determining optimal film exposure and development for a method to precisely define the relationship between the way one visualized the subject and the final results.

Those techniques helped us determine how the final print could look. Colour film had to be printed in an almost lightless room, whereas labs for printing B&W were quite bright allowing us to see the image and control an image as it was printed.

With B&W film I learned to previsualize, and as I selected my subject I would think about how I would process the film and make the final print. I could alter the exposure rating, as with the Zone system, and depending on which chemicals I planned on using, how I would develop the film. I would select different papers and chemicals to change contrast or tonal values in the final print.

Shooting with black and white film taught me to think about tonal shifts from black, to mid grey, and finally, to white with detail. Managing the process of developing and printing taught me that the camera and film (now the sensor) are just the starting point to making a photograph match my personal vision, and my personal vision is much more important than the camera’s.

A B&W photograph is a matter for the eye of the beholder, the intuition, and finally the intellect. Of course colour is all that, but much of the time it seems photographers are overwhelmed by colour, rarely seeing anything of importance in a scene other than the colours.

Because black and white images don’t attract with a play of colours, they seem subtle and demand close attention to composition, lighting, perspective, and the context the image is shot in as important factors.

4 responses to “Photography lessons with Black And White Film ”