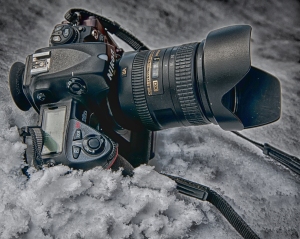 I don’t have a problem with January. January is filled with optimism for a new year with new things and, for someone like me that really likes Christmas; there is still a cheery residue from that festive time. February is a hopeful month. Snow or shine I get outside with my camera and wander the low hills and icy riverside. I don’t expect much out of February and enjoy the days with their promise of warmer weather.

Then comes March. March is a transition period. Most photographers I know are ready, really ready, for something to photograph other than falling snow and icy roads. March is not a month that photographers embrace. Well, maybe a foray or two to photograph some hungry coyote, or deer, wandering the countryside. Or birds that hung about through the winter. But even for those subjects one has to hunt in an uninspiring landscape.

I would like to go out and search for some subject that demands to be photographed, but I can’t rouse any creativity as I stand staring out the window at the falling snow.

I have written before that my foreboding for March began when as a child I read “Moby Dick” by Herman Melville. I do remember that until my teacher made us delve into the imagery of the novel, line by line, I had just enjoyed it as another adventure story. “Beware of the ides of March,” said the soothsayer, and poor ole Captain Ahab gets himself pinned to a whale and dies in the end. Even at that young age I wondered, why March? Then to my dismay came the same words when I read Shakespeare’s Julius Caesar, and there is was again, he was told to beware of the ides of March. And to make things worse there is, “In like a lion and out like a lamb.” Does it never end, these disturbing warnings of March? I just want to wander around in a photogenic landscape taking pictures. I don’t care if there is lots of snow, or lots of grass; I just want one or the other and an end to the cold temperatures that have been plaguing this country.

The “ides of March” is just a way of saying March 15 in Roman times, but this month always frustrates me and I want it to be over soon. March doesn’t give much it just makes me wait.

The host of the British public television program “Making Things Grow,” Thalassa Cruso, once quipped, “March is a month of considerable frustration – it is so near spring, and yet across a great deal of the country the weather is still so violent and changeable that outdoor activity in our yards seems light years away.”  And prolific writer Ogden Nash said “Indoors or out, no one relaxes in March, that month of wind and taxes, the wind will presently disappear, the taxes last us all the year.”

I suppose we could put our heads down and get up earlier because of the time change (one more problem with this month), in anticipation of a better season and friendlier months, and just march onward, (ya, March) awaiting a time to do photography again. But for me, I just think about poor Caesar and poor Ahab. March doesn’t work for me either.

I enjoy all comments. Thanks, John

6 responses to “March is a month of considerable frustration.”