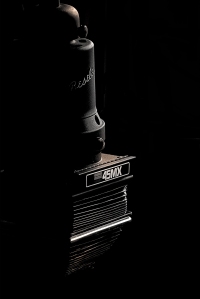 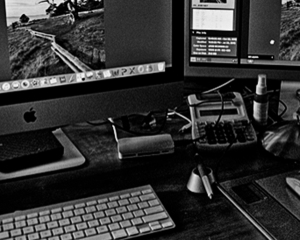 This week I wrote to photographer and blogger David Lockwood (https://davidalockwoodphotography.com) about why he seemed to be returning to film. His replied, “The whole process of using film, gives me a feeling of accomplishment; probably like the painter putting on the last brush stroke. Film gives me a feeling of control over the final image.” And regarding film vs. digital he wrote, “The question of film or digital shouldn’t really be asked, it’s a bit like asking why does one paint with oils, and the other watercolours. Both can produce an image, but both give a totally different sensation to the mind eye.”

During the time I taught photography in the 1980s and 1990s for the University College of the Cariboo (now Thompson River University) my students used film. In my initial lectures I would tell them that as well as learning to acquire skills using a camera, they would need to learn how to become proficient in negative development and printing. I would emphasize that those serious enough to strive for a perfect final photograph would come to realize that what they did with the camera was only the beginning, and that their final print would set them apart as photographers. I would quote famous photographer Ansel Adams who said, “The negative is comparable to the composer’s score and the print to its performance…”

Film has now been set aside by many of those serious about photography, although I expect artists will use film creatively for years, nevertheless, even with advancing photographic digital technology Adams’ words from the past are still significant.

The digital camera doesn’t make a picture in the sense of light permanently imprinting itself with different intensities on a chemically sensitized surface like film. Instead there are sensors and in-camera computers processing light from thousands of photosites that we transfer to our computers as data files for conversion into countless pictorial possibilities.

I once attended a photography workshop during which one of the speakers said in the past he would get up early and drive to some scenic location hoping to capture an exotic sunrise, after which he would package up his film and send it to the lab and leave all decisions to some technician’s personal vision. However, now he transfers his image files to his computer and he alone controls how his photograph will be processed for viewing and finally printing.

As in the days when I processed negatives in special chemicals and manipulated prints by adding and subtracting light, I now use computer programs to process my RAW images in my quest to perfect my vision.

I say the same thing to modern photographers as I did to my students, that what they do with the camera is only the beginning,

The image on exposed on film, although now a RAW image file, is only the “score” to the “final performance” – the photographic print.

A young photographer came into my shop announcing, with some kind of misplaced pride, that he would never use PhotoShop on any of his pictures because he was only into true reality. Although I didn’t comment, I thought about the manufacturer presets that were applied in-camera to his image files and the limited colour spaces his inadequate JPG files gave him, and his confused notion of photographic reality.

If he really wanted to step away from the unreality of computerized image making he should talk to David Lockwood who wrote, “The camera, light meter, film, paper and chemicals all go towards producing a single and unique image. That does not happen with digital; from the moment the shutter is pressed, the whole thing becomes a cloning process from which endless exact copies can be produced.” However, as Lockwood also says, “The question of film or digital shouldn’t really be asked… Both can produce an image…that give a totally different sensation to the mind eye.”

19 responses to “The Final Photographic Performance   ”