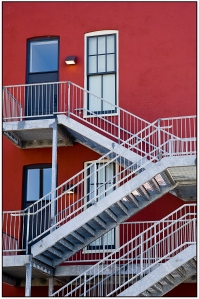 Last week several photographers showed me their work. Much of the time all that happens for me are discussions about cameras and equipment, so it’s a relief once in a while to see what others have produced with their cameras.

All the pictures were pretty good. Of course, it’s hard to know the skill level of photographers these days when most of the process might be left up to the camera’s program.  And although I didn’t get into that discussion, I wished that most of the photographs had been made with longer focal length lenses. I know that wide-angle lenses are trendy, but there was just too much picture in almost all the work I saw.

I recall a quote attributed to photographer Robert Capa. (In 1938 Capa was referred to as the greatest war photographer in the world.)  He said, “ If your photographs aren’t good enough, it’s probably because you aren’t close enough”.

This could mean that one should be using a long lens or should be doing close-up photography. However, that isn’t what I think it means.  In my opinion, what it really means is that a photograph should be about something specific, and the photographer should hone the image so that only the subject, to the greatest degree possible, is what the photograph is about and all those elements left in the composition relate to that subject.

When I was just a young photographer I would question other photographers who I felt were successful at their craft, and I was given the following advice by a retired Canadian photojournalist. He talked about pre-visualizing a photograph, and composing it with all the elements in the scene, and then finally stepping closer to “tighten up” the image.

His advice was from a time period when very few photographers were using multifocal or “zoom” lenses. Quality glass and sharp images depended on fixed focal length lenses, referred to as “prime” lenses in modern jargon.

I’m not going to get into a discussion of prime versus zoom lenses. Some people enjoy arguing about equipment, and they pull out charts and make lots of test shots to prove their point of view.  Personally, when I select a lens it’s because I think it will help me do the best job for the work at hand.

Whether one is using a prime or zoom lens, let’s refer again to Capa’s quote about getting closer. “ If your photographs aren’t good enough, it’s probably because you aren’t close enough”.  Getting closer changes the perspective and builds a relationship between the foreground and background.  With a wide-angle lens the elements in the foreground become more important, and with a telephoto they become less important, for example, in a scenic taken with a 300mm lens the elements in the photograph “flatten” and appear to have equal importance.

My advice to readers is to teach themselves to examine the many features in their composition. Start with the centre of interest, or main subject, decide what in that composition relates to that centre of interest, and step closer (or “zoom in the focal length”), to remove areas and features that have no relationship to, or interfere with,  whatever you want your viewer to concentrate.

After marvelling at Michelangelo’s statue of Goliath-vanquishing David, the Pope asked the sculptor, “How do you know what to cut away?” Michelangelo’s reply was: “It’s simple. I just remove everything that doesn’t look like David.”

I’m not sure if that is a true conversation that actually occurred, but photographers can ask themselves, “do I really need to include that stuff?” Then they should strive to position themselves closer (or “zoom” the lenses closer) to the subject, and only (well, mostly only) include those things that relate to the subject of the composition, as well as pre-visualise what they want to see. 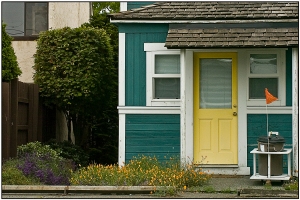 Note: All my door pictures were made in Anacortis, Washington.