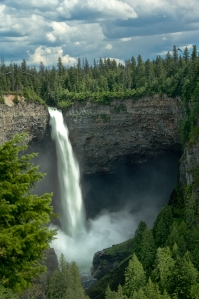 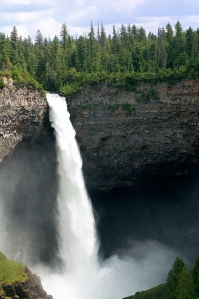 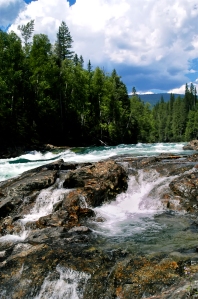 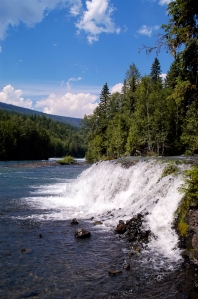 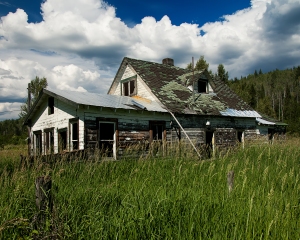 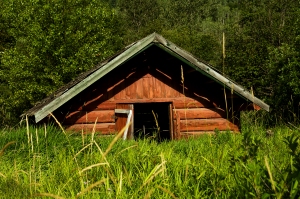 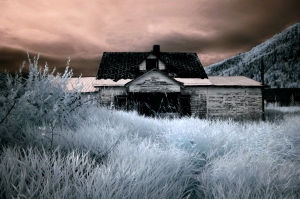 The very first time I visited Wells Grey Park was back in the early 1970’s. The road wasn’t the wide, smooth, asphalt-surfaced thoroughfare, with lots of easy viewing pullouts that it is now. At that time it was a rough, winding, sort-of maintained, dirt passage with narrow, metal bridges reminiscent of those quickly constructed by military engineers during the Second World War.

I had been traveling across Canada east to west and was told by a fellow traveler that there was a mountain park somewhere in British Columbia that was great for hiking. https://en.wikipedia.org/wiki/Wells Gray Provincial Park.  I had no information at that time about the park, and all I could get out of the few people I asked about the park was that there is a big waterfall there, and I could camp there. So with a map I had purchased at a gas station along the way that first lead me first to the small town of Clearwater, after which I turned at a sign that said Wells Gray Provincial Park.

The first thing I recall about that trip along the dusty route into the park was a blockade across the road. There may have been ten or more women, and although friendly, they had a look that said, “We are serious and you better do as we ask”. We stopped, and were presented with a petition, and asked to sign, to the government to have the road paved.  I guess it worked, because by the time I moved to Kamloops five years later, and started to frequent Wells Gray Park, there was the well-maintained road that park visitors now enjoy.

Our rural home in Pritchard is a two-hour drive from the park. Just after breakfast on Sunday morning, when my wife, Linda, suggested we go to Wells Gray for lunch, I got the cooler out, made some sandwiches, and packed our cameras and tripods in the car.

My excursions into Wells Gray these days are pretty much as a roadside photographer.

I could dig out my back pack and tent and head off on one of the well-used trails up into the lush alpine meadows of the Cariboo Mountains, or I could borrow my son’s comfortable travel trailer and stay at one of the excellent campsites along the fast moving Clearwater river or at Clearwater lake itself.  However, there are lots of places to stop and photograph the park that don’t include the need for hiking attire, and anyway, as I wrote, Wells Gray is perfect for roadside photography.

There is so much to photograph; waterfalls, majestic river views, mountain vistas, old homesteads and, of course, lake panoramas. There is lots of wildlife there, but the park has so many visitors that other than a few birds and chipmunks, most forest inhabitants prefer to hide from view, although I have, on occasion, seen a bear or two, and one snowy winter I saw moose after moose walking along the road.

On Sunday’s lazy excursion we first stopped at a dilapidated, old building with amazing longevity, that I have photographed many times over the years. Each time I visit I expect it to be gone, but it just rests in a grassy meadow alongside the road waiting for another photographer to make a picture. This time I wondered if there was an angle, or season, that I haven’t pointed a camera at that once proud home. I have made pictures of it using every type of film and camera format, as well as infrared. I also expect I am one of those rare visitors that has never ventured inside that old house in the past 30 years. I guess I like to keep some mystery.

Our next stop was for lunch at the Helmcken Falls picnic area. As we sat talking and eating lunch I could overhear people at the nearby tables and along the guardrail speaking different languages. Wells Gray gets tourists from all over the world and I will say that it is a rare park visit that I don’t meet people from other countries.

Linda and I didn’t join the happy picture takers on the viewing platform. It is a nice place to sit, or stand, and enjoy that impressive waterfall, but for me it’s the wrong angle for a good shot. After lunch we picked up our cameras and tripods walked through the windfalls to my favorite spot, although this year there were so many downed trees that it was harder to get to our favourite spot along the canyon edge, Neither of us could use a very wide focal length without including a foreground of dead trees, however we persevered and finally left the Falls after a good half hour of photography, satisfied with what we were able to photograph.  All in all it was a very good day.

Wells Gray Provincial Park is a great place to wander about with a camera and worth the short drive from Kamloops. A summer photo excursion is fun, but my favorite time is the fall and readers can be sure this roadside photographer will be there again in a few short months.

Don’t hesitate to comment – I always appreciate comments. Thanks, John